The Royal Family is one of the most powerful institutions in the UK, but something that may surprise you is that some of them actually have to pay taxes – yes, even The Queen isn’t exempt in the eyes of HMRC!

Of course, being a member of the Royal Family comes with its benefits (corgis, crown jewels, lavish properties and personal butlers?!), but they also have a bunch of strict rules to follow. One of these is making sure they pay their taxes – just like everyone else. But if you think The Queen and Prince Charles spend hours filing a Self Assessment tax return, think again.

In the blog below, we’ll explain everything you need to know about the world of royal taxes, showing how the royals are taxed as well as explaining what tax they actually need to pay.

Do the Royal Family get taxed?

In short, yes they do. But it’s more complicated than you think.

For starters, it’s worth pointing out that the Royal Family members do not get taxed in the same way that you or we do. Why? The Royal Family are not treated as ordinary British citizens, so the way they are taxed is different.

What is the Sovereign Grant?

The Sovereign Grant is the way in which the Queen and the Royal Family are funded. It replaced the Civil List which was used before 2012. The Sovereign Grant is an annual grant that is issued to the royals by HM Treasury using a percentage of the profits made from the Crown Estate revenue – this is currently 25%.

So for example, if the Crown Estate’s revenue surplus was £343.5 million one year, the Sovereign Grant for the following year would be £85.9 million.

The Grant is reviewed every five years by a group of Royal Trustees, who include the Prime Minister and the Chancellor of the Exchequer.

How are The Royals taxed differently?

The Royals do not ‘work’ a normal job – instead, they carry out work on behalf of the Crown Estate. The Crown Estate is not owned by the government or any Royal Family member. It is a part of the “hereditary possessions of The Sovereign ‘in right of the crown.’”

Effectively, what this means is that the Royal Family pays the government to pay themselves! This is why no tax is paid. 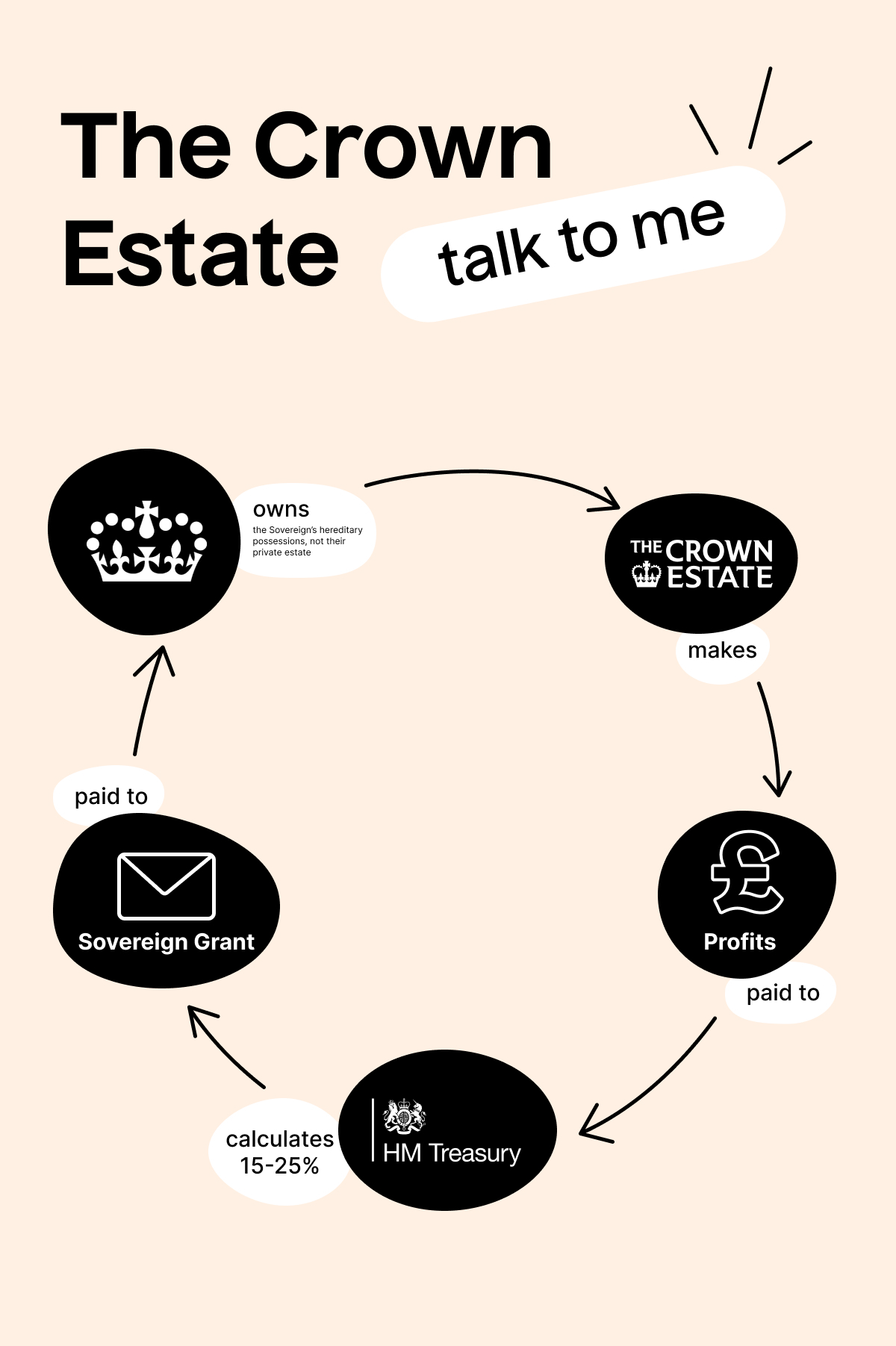 So the royals don’t pay any tax?

No, they still pay tax, just not on the money they receive from the government via the Sovereign Grant.

Prince Charles and the other members are still required to pay tax at the highest rate on all their personal income. This includes Road Tax, Value Added Tax (VAT), and Council Tax on their properties to name a few.

But you might be surprised by how much Council Tax these properties generate. Despite its size, Buckingham Palace most likely only costs the Queen approx £1,500 in Council Tax each year, based on the top rate in the borough it’s located. What a bargain!

How about other taxes?

Some royals, like The Queen and Prince Charles voluntarily pay Income Tax and Capital Gains tax, even though they are not legally required to. (Lucky them…)

What tax does the Queen pay?

The Queen is technically exempt from mandatory tax payments, but since 1992, she has volunteered to pay Income Tax and Capital Gains Tax on her personal income. She is also subject to Council Tax and Value Added Tax and voluntarily pays local rates accordingly.

What do The Queen and I have in common?

You may not have a palace or a collection of Crown Jewels like the Queen…or have as big of an income handed down, but one thing you do have in common with the Royal Family is tax rates.

Not sure the tax implications of your earnings? Get in touch with us for some simple, one-off tax advice from our accredited accountants. You can learn more about our tax advice service here. And while you’re visiting our website, be sure to check out our tax calculators too!