If you’re planning on moving to the UK, listen up because we’re giving you the low-down on Income Tax in the UK for foreigners!

Wait, what do you mean ‘foreigner’?

We’re talking tax here. So we mean UK tax residents who have moved from or who originate from outside the UK. Cue example 👉

Let’s say you were born and raised in the UK, but like the rest of us, can no longer stomach the gloomy weather. For this reason, you book a one way ticket to Costa Rica. This means you’re now a ‘foreigner’ in Costa Rica. Pura Vida! 🇨🇷

UK tax residents from overseas are also referred to as ‘expats‘. So tax-wise when we say ‘foreigner’, we mean someone earning income outside their origin country.

Do foreigners pay Income Tax in the UK?

In the UK, anyone who earns over £12,570 (the personal allowance) has to pay Income Tax.

How much Income Tax you pay depends on how much you earn. There are three bands:

How do you pay Income Tax if you’ve just moved to the UK?

If you’ve moved to the UK and have been employed by a company, you’ll pay tax through PAYE. If you’re self-employed in the UK, you’ll need to register for Self Assessment and file a tax return to pay Income Tax.

Can anyone become a UK resident?

Pretty much! You can automatically become a UK tax resident if you meet one of these requirements:

If you meet any of these requirements and become a UK tax resident, you’ll usually need to pay UK tax on income from the UK as well as foreign income.

There is an exemption for those who claim non-domicile status (i.e Akshata Murty, wife of the current Prime Minister).

‘Non-dom’ status exempts you from paying UK tax on worldwide earnings even if you are still considered a UK resident. Gaining this status could cost between £30,000 and £60,000.

Nonetheless, as a UK resident, you’ll be entitled to:

A non-resident, however, will just pay tax on their UK income and not foreign earnings.

⚠️ Bear in mind that UK residency doesn’t automatically grant you British citizenship. If you’re interested in applying for citizenship – have a look here. ⚠️

Will you be double taxed if you move to the UK?

This is not impossible. Anyone who has moved to the UK from another country runs the risk of being taxed in both the UK and their native country.

However, the UK fortunately has a double taxation agreement with most countries which prevents this from happening. Every individual agreement will also set out which of the two countries you will need to pay tax in.

Have a look at the full list of tax treaties here. 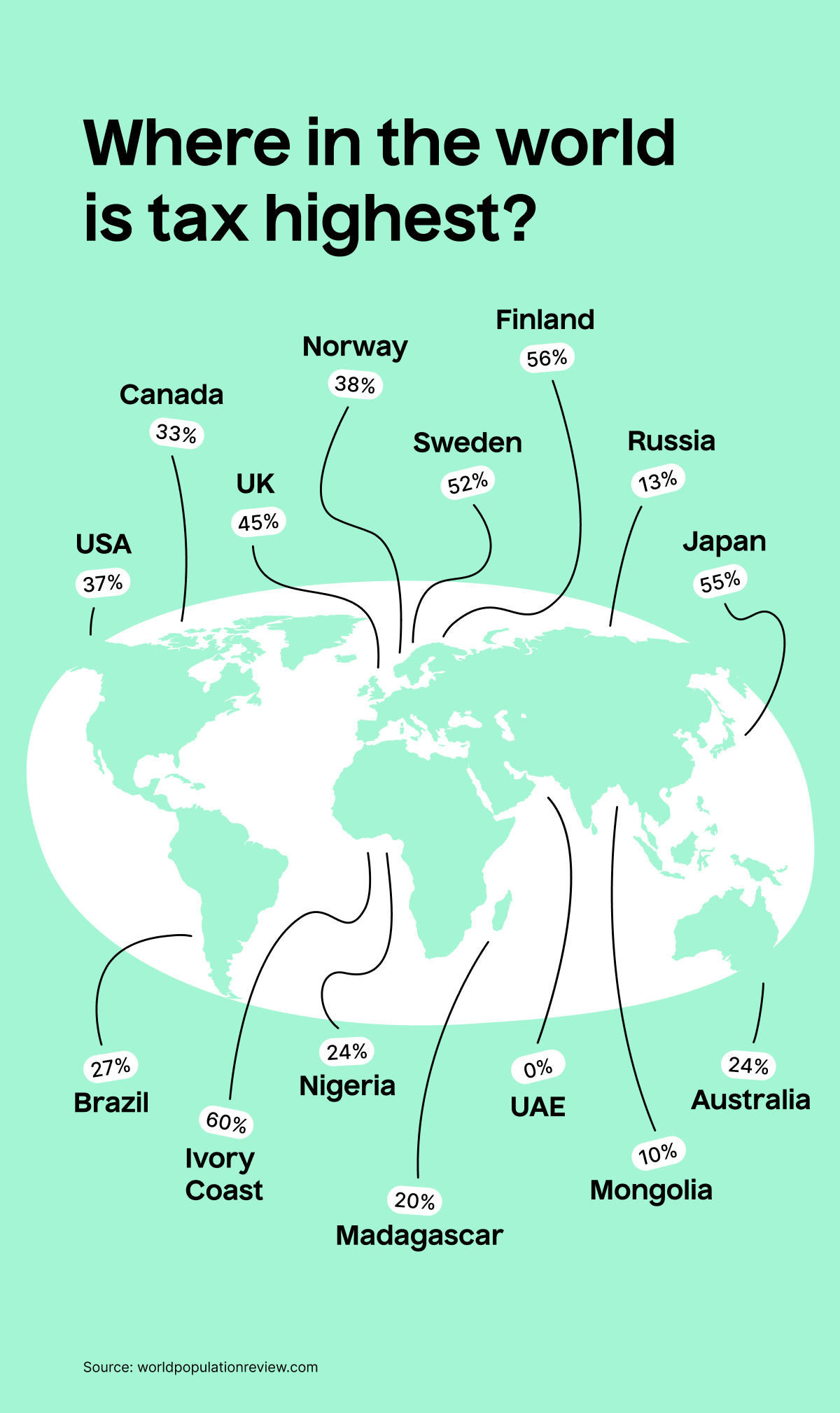