Waiting for your tax rebate can sometimes feel like an eternity. Once your accountant has sorted, filed and submitted your tax return, it’s up to HMRC to get you your funds. But what does that mean exactly? We thought you’d never ask!

A tax rebate is a tax “refund”, which means that you paid more tax than you needed to for a particular tax year. The correct terminology, if you want to be fancy, would be that you’re “due a tax rebate”.

HMRC now need to give it back to you but most of the time you need to claim it yourself. Sometimes, HMRC does it automatically.

So now that I know I’m owed a tax rebate, what’s next?

Depending on what you do for work, there are lots of different ways you could have overpaid on tax.

If you’re a full time employee and pay tax through PAYE, you could be due a rebate because:

If you’re self-employed, you could be due a rebate because:

This can happen because HMRC estimate how much money you’ll make in the next tax year based on your last tax year. However, these estimates aren’t always correct. This can be because you’ve started a new job, opened your own business, you became self-employed, started a new side hustle, etc. So if the estimate was incorrect and you overpaid, you’ll be due a rebate.

More visually appealing info on how Payment on Account works below👇 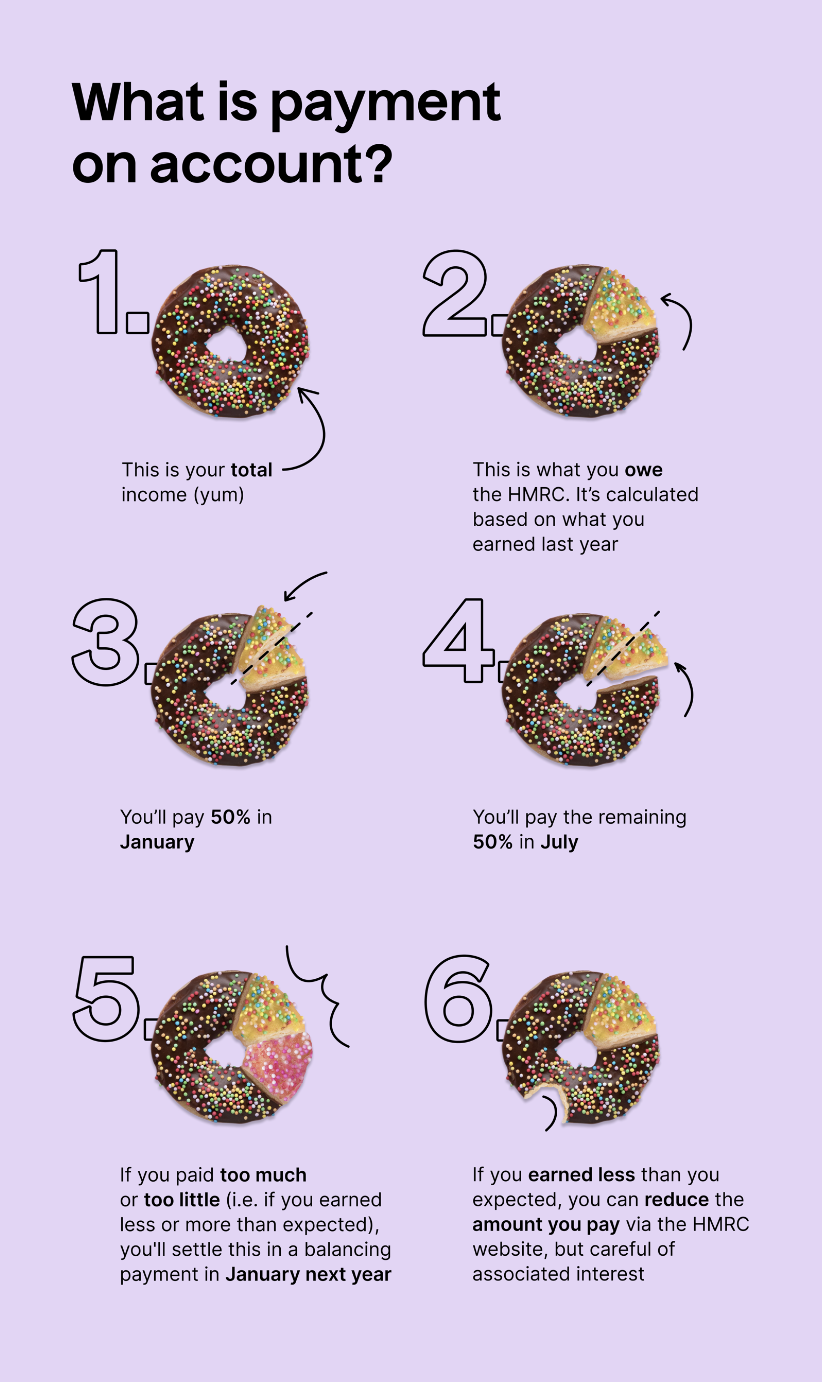 CIS construction workers are often owed a rebate up to £2,000 per year – sometimes more!

Construction companies deduct tax on behalf of their subcontractors and send HMRC the payments. When you’re part of the Construction Industry Scheme, this is 20% of your income every month and it’s 30% of your income when you’re not. Because these figures aren’t based on a tax code, you often pay more than you’ll owe so then HMRC often owes you a rebate.

Calculate how much you might get back in a rebate with our CIS tax rebate calculator.

Other reasons you could be due a rebate:

I know I’m due a rebate, but where is it?

Ah, the age-old question. It all depends on HMRC. Once your Self Assessment is filed, your accountant doesn’t control when you receive your rebate. Usually, you’ll have it within 12 weeks but again, it all depends on HMRC. If you haven’t received your refund within this timeframe, it’s best to get in touch with HMRC for an update.

Anything else I should know?

Don’t forget, there’s also a possibility that you’ve paid less tax than you need to. Not to worry, most of the time it won’t be your fault but if there are changes you need to report, make sure you do your best to let HMRC know as soon as you can.

If you’ve over or underpaid your taxes, HMRC will send you a P800 or Simple Assessment tax calculation at the end of the tax year. You won’t receive either of these if you’re registered for/have already filed your Self Assessment. Instead, your final bill will be adjusted by HMRC to take it into account.

Get in touch with HMRC for more information on where your rebate is.