Bonds are a kind of loan that governments or companies use to raise money. They’re a financial instrument for corporate lending. In the simplest terms, they’re similar to an I.O.U, but on a more formal scale.

If you buy a bond, there are a few important things to remember:

The terminology surrounding bonds can be confusing. Take a look at the image below to find out what all that jargon really means. 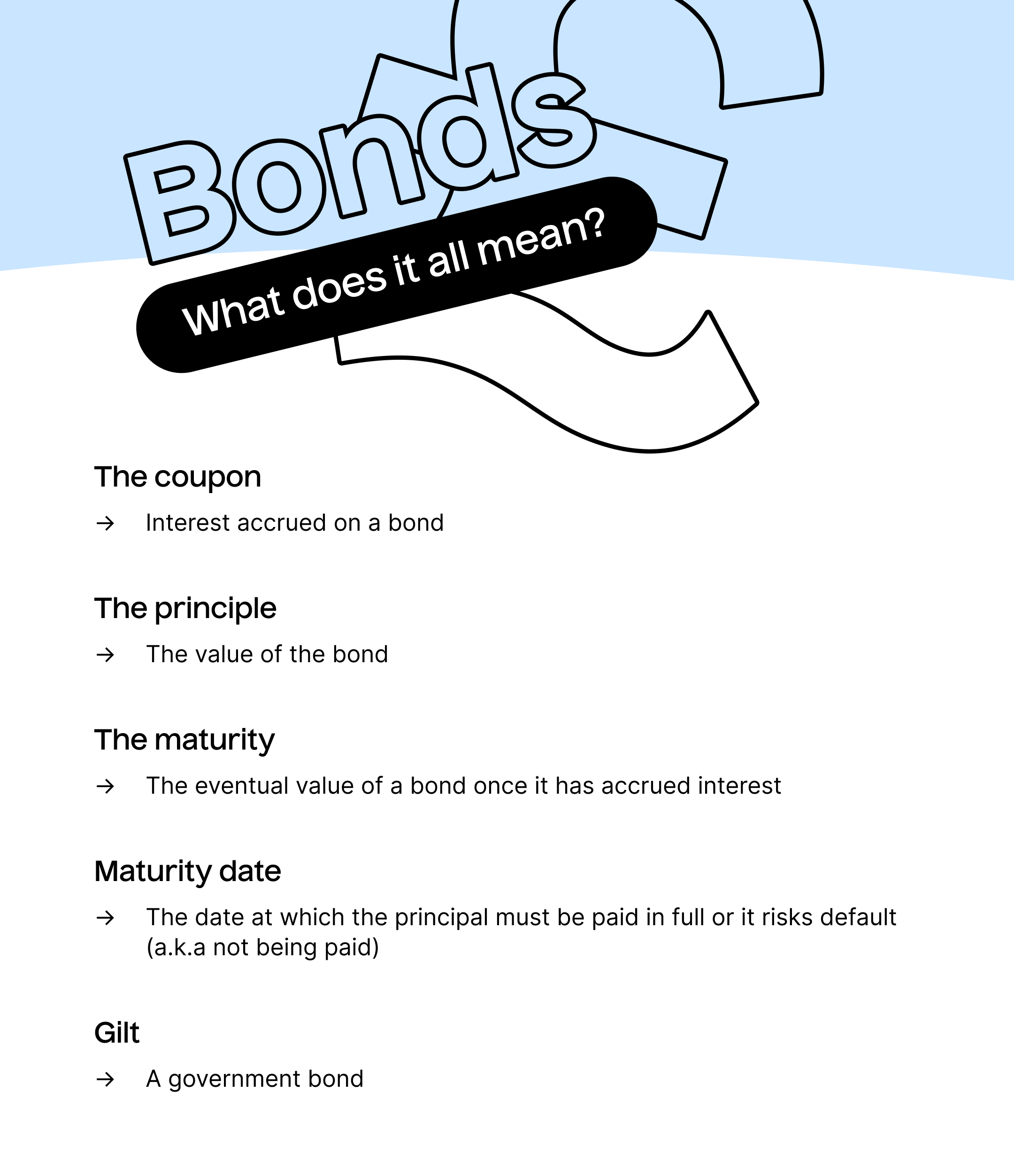 Generally, private and professional investors are most likely to buy bonds. You can make money from them either by just collecting the interest payments until the bond matures, or by selling the bond for a higher price than you paid for it.

Government bonds – which in the UK are called gilt-edged securities – are often sold at auction to big financial institutions who resell them on the stock market.

When you have a bond in the UK, you may be charged Income Tax when you withdraw from it. But any profits that you make within an investment bond are taxed at 20% and paid out of the bond directly.

There is also a withdrawal allowance of up to 5% each year, which you’re allowed to carry forward if you don’t use it. You can do this without being liable to pay any extra tax.

This means that as a higher or additional rate taxpayer (paying 40% or 45% Income Tax), bonds can be a good investment to minimise your Income Tax bill. However, you will be charged the outstanding tax bill on when the bond matures. Read more here.