The gender pay gap is a global issue at the forefront of many government initiatives to make the workplace fairer for everyone.

Here in the UK, companies are required to report on their gender pay gap data annually. But more on that later. Let’s start with the basics. 👇

What is the gender pay gap?

The gender pay gap is the average difference in earnings between men and women.

According to the House of Commons Library in the UK, the median pay for women compared to men was 14.5% less in 2021.

In fact, Financial Times reports that more than three out of four UK companies pay their male employees more than their female counterparts. Even more surprising is that out of the 17 sectors in the economy, nine pay men 10% more than women. 🤦‍♀️

We have work to do, but we’re headed in the right direction.

Is there a gender pay gap in the UK?

Yes, like everywhere else in the world, there is a gender pay gap in the UK.

But the UK government is trying to tackle the issue head-on. Gender pay reporting is now a legal requirement. Baby steps. 👣

The OG that paved the way.

The Equal Pay Act 1970 is a law stating that men and women must get equal pay for doing equal work, at the same employer.

It now falls under the Equality Act 2010.

A little history lesson for you…

Here, you can find all the details on some powerful, strong-willed women.

When did reporting on the gender pay gap become mandatory?

All organisations with over 250 employees have to report their gender pay gap data.

Some bigger companies like Deloitte have shared detailed information – including that of equity partners. This helps evaluate pay on a higher pay/job scale. Only one of five magic circle law firms has followed suit. This could be because partners are historically highly paid and, most times, male.

What’s it got to do with tax?

Come on now, everything we talk about relates to tax. 😏

There is talk about how tax works for different genders, especially when there is a gap in pay. As women are known to be paid less than men, you’d think they’d pay less tax. That’s not the case. In fact, because of taxes, women earn less and have a smaller take-home income than men.

However, there’s no reason why you shouldn’t focus on being more tax-efficient.

Considering the gender pay gap, an argument could be made in favour of gender-based taxation. Currently, however, everyone is taxed equally within the income tax band they fall in.

So what can you do in the meantime? The first thing you can do is know all your allowances. You have a:

And quite a few more! These tax-free allowances allow you to be on top of your tax game and cut down on your tax bill if you’re eligible for any. Getting familiar with the allowances available to you will really help you understand your tax situation.

What about Inheritance Tax?

Hint: there’s no tax regardless of how much the assets are worth if you pass them onto your spouse.

Plus, you can pass down your main residence to any direct family member, and you can claim the main residence allowance of £175,000, reducing the amount of tax, if any, even more.

It’s always best to seek professional advice to make sure you know your tax situation. That’s where we come in. Our accredited accountants offer a one-off, 1-1 tax consultation so you can be as tax-efficient as possible.  Plus, they’ll even send you a written summary afterwards. Learn more here. 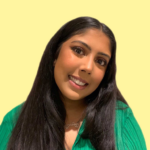