After Liz Truss’ mini-budget struck back, it’s safe to assume that the whole of the UK has been anxiously waiting for the new Autumn budget… and some sort of economic stability. 😅

But if you’ve not been keeping up with the daily tax changes or you just want to know what the 2022 Autumn Budget means for you – let us fill you in!

First of all, what is the Autumn Budget?

In the simplest terms, the Autumn Budget is a hefty document that sets out the government’s spending plans. It also details how the government taxes us for the financial year in the name of public services.

The document is presented to the House of Commons by the Chancellor of the Exchequer, who in this case is Jeremy Hunt.

Importantly, when revealing the budget, the Chancellor is either booed or cheered on by fellow MPs. Classy, we know.

What was announced in the Autumn Budget?🍁

A heck of a lot! Let’s unravel the £55 billion tax changes one by one.

Back in 2021, then Chancellor of the Exchequer Rishi Sunak froze the Income Tax and National Insurance thresholds until 2026. Now he is Prime Minister, it’s no surprise that this freeze will remain in place for an extra two years. Brrr. 🥶

What does this mean? 🤨

Over the years, your income may grow to £13,000. But because the Income Tax thresholds won’t increase with inflation, you’ll have to pay 20% on your earnings despite previously having to pay no tax.

🗣️ But that’s not all for Income Tax…

Remember when Kwarteng abolished the 45p tax rate? (And then of course he was sacked and Hunt instantly reversed this.) 🥴

Well, turns out the threshold for the highest 45p rate of Income Tax will now be cut to £125,140. As long as Hunt isn’t the next through the revolving door next week…

What does this mean? 🤔

Cruising around in your new electric car? 🔌

From 2025, you’ll no longer be exempt from Vehicle Excise Duty so the motoring tax system is fairer, according to Hunt.

The pension triple lock will remain in place! But what does this mean for pensioners?

It will continue to increase in line with whichever is highest:

You guessed it. Another freeze. Liz may have been scissor-happy, but Hunt might just be the iceman.

To be fair, the IHT threshold was already frozen until 2026, but now it’ll just remain steady until 2028.

What does this mean? 🧐

👉 If you inherit an estate from someone who’s passed away, your tax-free threshold is £325,000. Anything above this figure is taxed at 40% (otherwise known as Inheritance Tax)

👉 Just like Income Tax, the threshold will not increase with inflation

Remember, you do have an added allowance of £175,000 if you inherit your parents’ or your grandparents’ main residence.

In another episode of ‘Hunt shreds his predecessor’s mini-budget to pieces’, an increase in the Corporation Tax rate has been confirmed. The rate will go from 19% to 25%, from April 2023.

Deemed by many to be a ‘hidden tax rise’, VAT thresholds will be frozen for a further two years. They were originally frozen in a bid to repair the understandably jacked up public finances due to the pandemic.

But now we have a strange feeling the three-year extension is something to do with Liz’s mini-budget slumping the pound (£). But, who knows. 🤷

And there you have it…

The Autumn Budget 🍁. Whether this one will also trigger economic turmoil and cause Sunak and Hunt to be replaced next week, we can’t say.

But we can offer you a hand with filing your taxes under the new(ish) system. Find out more about what we can do for you here. 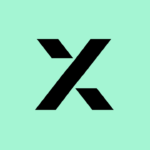