A P87 claim form lets you claim tax relief for your employment expenses. You are eligible for this tax relief if:

When should I fill out a P87 claim form?

You have four years from the end of the tax year for which you’re claiming to fill out a P87.

What can I claim?

You can use a P87 to claim any reasonable expense that relates to your employment: 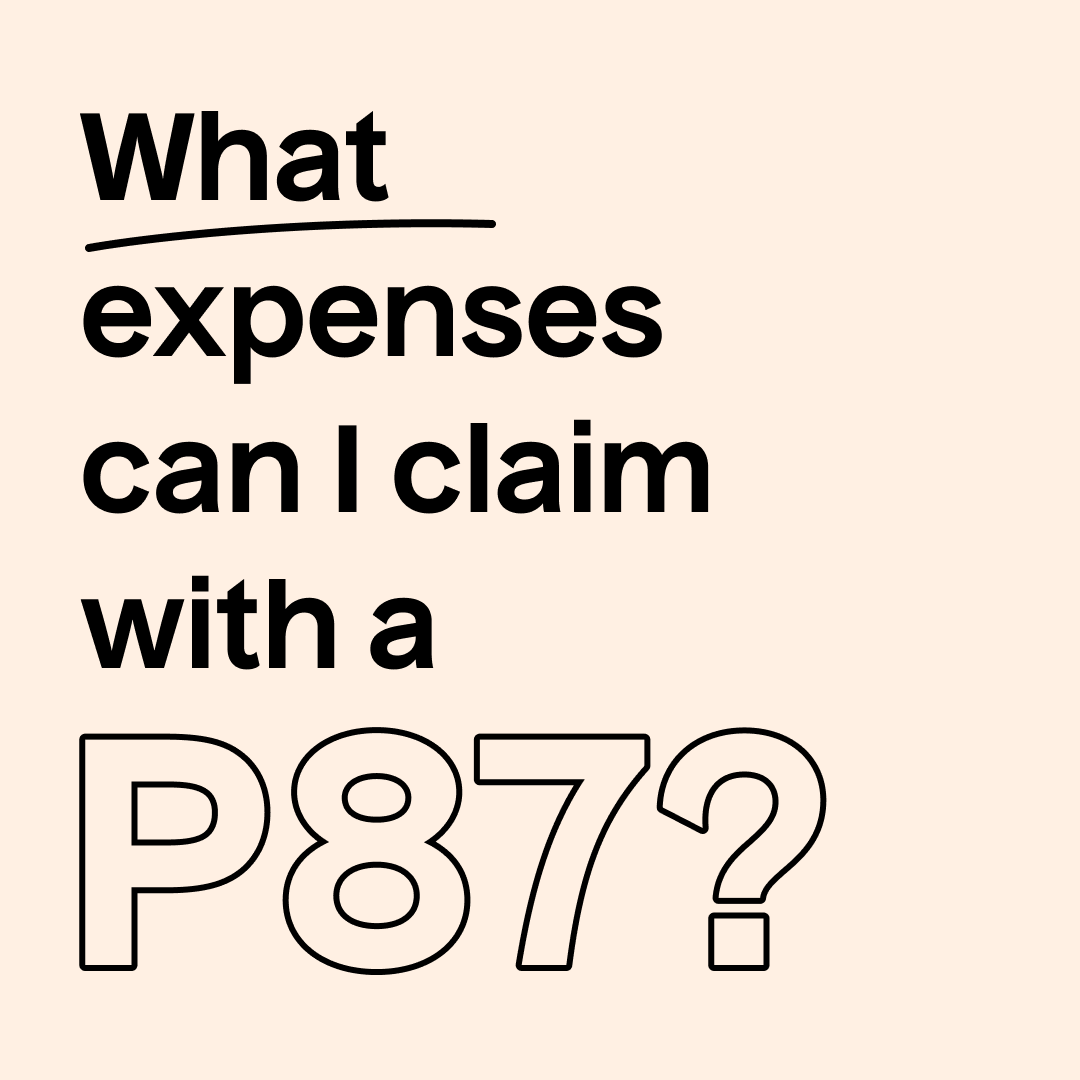 To claim your expenses on a P87 form, head over to HMRC. If you already have a government gateway user ID, you will need this to hand.