And why on earth does it start in early spring?

In any given calendar year, the tax year (also known as the fiscal year) goes from 6th April to 5th April of the following year. The 2021/22 tax year, for example, began on 6th April 2021 and ended on 5th April 2022. If you’re self-employed or have to file a tax return for any reason, you should calculate your income and expenses based on this period.

This article goes through the history of how the tax year came to be and the different dates that you can work from if you need to file a tax return.

As you may have noticed, the tax year doesn’t align with the standard January to December calendar year. The reason for this is historical. Back in medieval times, we split the calendar year in England and Ireland into quarters based around key dates. 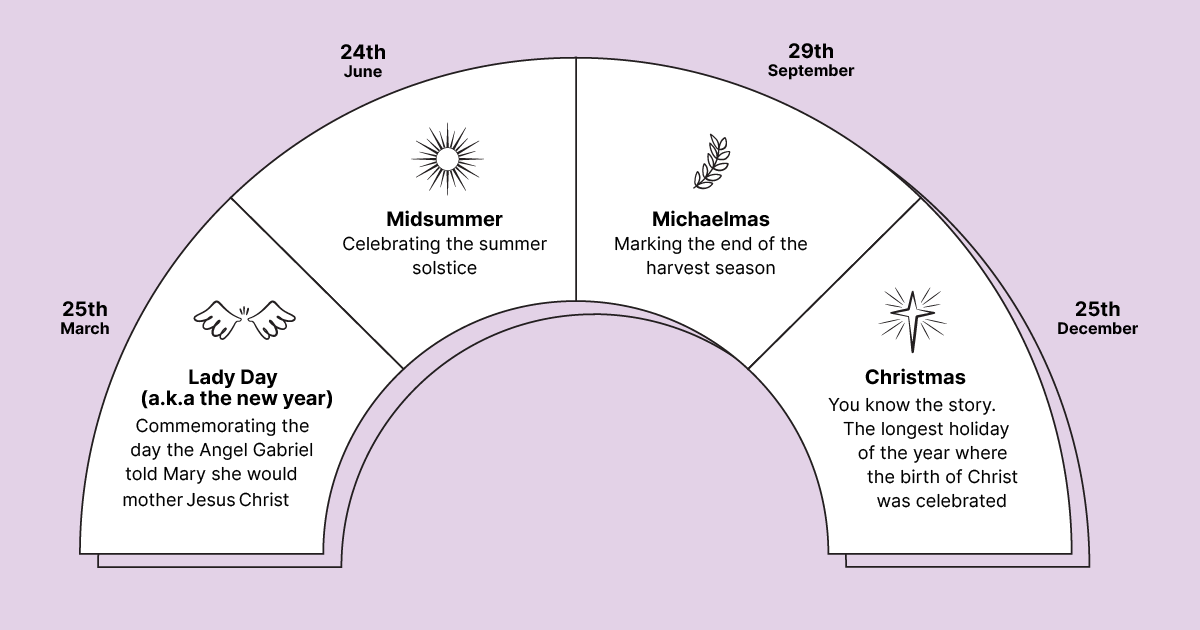 Before each of these days, we typically settled all of our debts and rents. The 25th March marked the start of the new calendar year and, after time, it became known as the start of the financial year as well.

Does that clear things up? Of course not. We’re still 11 days too early for what we now know as the start of the tax year.

Owing to the strained relationship between England (and Russia) and the Roman Catholic church, England refused to switch over until 1752, by which point the Julian calendar was 11 days behind Europe.

The 11 days were taken from September which meant England jumped from 2nd to 14th September in just 24 hours. Yikes.

For tax revenue purposes, the days were added to the end of the year, extending the tax year to 5th April.

By 1800, a final change was made to tidy up the discrepancies between the Julian and Gregorian calendars, and a day was added to the tax year. The start of the tax year was now 6th April, as it still is today.

Now our Gregorian calendar varies from the solar calendar by just 26 seconds. A triumph by all accounts.

Why have a tax year?

The tax year is important to those who need to file a tax return. This includes freelancers, landlords, high earners, construction subcontractors and more. It is a period of 12 months when “paying or withholding taxes, keeping records, and reporting income and expenses” must be done.

Technically, if you’re self-employed, you can calculate your taxes over any 12-month basis period, but it’s best to have a good reason to do so. If we can take anything from the chaotic history of the tax year, it’s that standing out from the financial crowd doesn’t always pay off.

What is the financial year?

To confuse things further, our government in the UK works to the financial year. This is from 1st April to 31st March. This is the period over which the Budget covers and new tax rates and rules are announced. These changes often commence from 1st April e.g. IR35.

Like what you’ve read? There’s more where it came from. Check out our other articles, guides and calculators!