If you didn’t see it back in November, here’s our debut TV ad. Isn’t it marvellous?

But what actually goes into making something like this? We’re imagining lights, camera, action, glitz and glamour – but we actually have no idea so we sat down with Nic, the brains behind the operation.

So, TV. What was the vision?

What I always had in mind was that you don’t really have to come up with anything super creative. It doesn’t need to be a wild, abstract advert. Once people hear the key messages and retain them, we’ve done our job.

So the most important thing to get across was obviously TaxScouts, our brand name. Secondly, that we do your Self Assessment for you. We’re essentially building this category in the UK as an alternative to doing it yourself or paying an accountant.

The third thing was cost – £149. You can get an accountant or use tools online to help you with your taxes, but the price really makes people remember us. It’s almost too good to be true.

Where did you start?

I’d not done TV production before, only video production, and all for either social media purposes or content marketing. Before I started, I spoke with a few people doing similar things at other startups – someone from Nutmeg; someone from Gousto.

From here, we found a media agency – Squadron 🙌 , a creative agency – LaGuarda 💪, and a production agency – Holy Fools 🤩.

Filming in the ‘dam

LaGuarda are based in Amsterdam so we were doing Zoom calls in the lead up to production but when it came to filming, there were two options:

We went with the latter. It just made much more sense.

I actually really enjoyed the production day. Being on set was the most fun part because it’s like taking a step into a different world. When I arrived, it felt like a film set. There was a street full of lorries and then on set, there were way more people than I expected: you’ve got the director, the stylist, all the props team. There’s just a lot going on. You’re really getting a glimpse into something that you wouldn’t normally get to do.

The first thing we had to do was dress the kitchen area. In its normal environment, the kitchen had stuff everywhere. It was like a meme. So we had to dress it down and make it look not only more like a kitchen but also like something from a UK home.

Next there was the styling. We met the actress and talked through her outfit and the props. We had to decide whether she needed a backpack, what kind of trainers she should wear etc. All the small details. Then there was a lot of setup going on around until we could just run through it shot-by-shot. We also had the dog, Chucky, on set and so we wanted to get those shots done first so that he didn’t have to be there for the duration of the day. 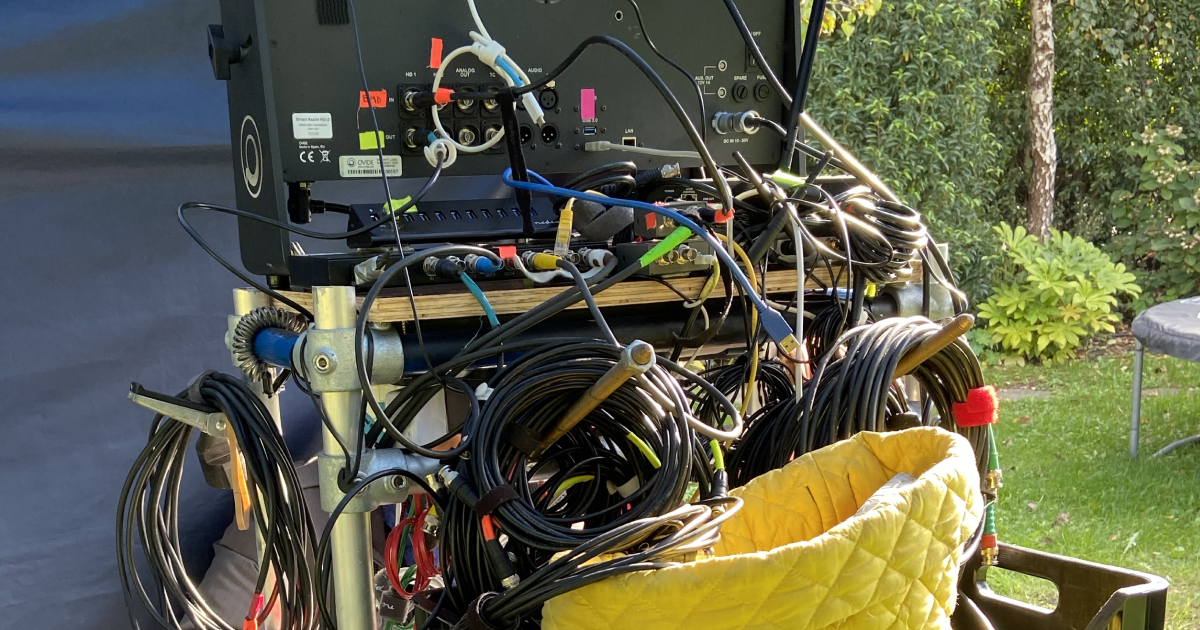 The pet handler that we had was great and it was fun to have a dog there. It added a nice element to the shoot. But in terms of capturing the shots, it wasn’t an easy thing to do.

In our ad, we really didn’t need Chucky to do much. I mean, we weren’t running a Crufts show! It was just: sit there, stay there, and we’ll pour some food.

But that just didn’t happen.

Every time we started pouring, kibbles would come crashing down and so Chucky just got the hell out of there. We couldn’t get a shot where the food was pouring and he was excited for it! The other thing was that, because we were doing multiple takes, every time we poured, he just started munching it. And we had like 10/15 takes of the dog food being poured. So we gave him lots of breaks because I guess it’s overwhelming for a dog with so much going on.

When we wrapped up, there was an announcement due to be made about the lockdown rules by the Dutch government. Up until then, the approach in the Netherlands had been fairly relaxed compared to others.

But at 18:30, we finished shooting and the announcement came that they were going into a much stricter lockdown. It meant that restaurants, cafes and shops had to close altogether. And that was basically immediately. Essentially, had we planned the shoot one day later, we wouldn’t have been able to do it!

I got out of there as soon as I could. Well, a quick 7 hour train via Belgium…

Want to see the ad in situ?

There we have it! That’s how we made our ad.

If you missed it in November, don’t fret. We’ll be back on your screens in January, ready for the tax return deadline on the 31st. Catch the ad on TV across the sky channels and more. And if you see it, let us know! We’re always keen to hear from you on Facebook, Instagram and Twitter.